The following anticancer diets should be combined with treatments so that they can reach a good effect. At St. Stamford Modern Cancer Hospital Guangzhou, there are advanced minimally invasive treatments for cancer patients. Consult us to know more

As it is well known that it is an everlasting war to fight against cancer. Proper diet plays a very important role in lung cancer treatment and rehabilitation, for whether the diet is proper or not can directly affect the treatment effect. Here, experts from Modern Cancer Hospital Guangzhou are giving us an introduction of health preserving recipe for lung cancer patients. 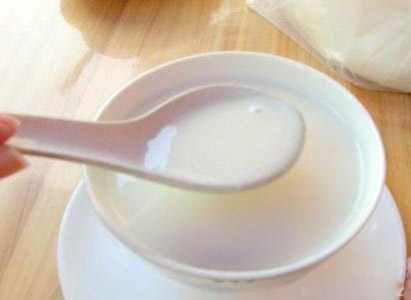 1.Boiled pig lung with liquorices and pear: 10g liquorices, 2 pears, 250g pig lung. Peel and dice the pear, clean and cut the pig lung into pieces, squeeze out the bubbles, put the liquorices and pig lung into the pot, add with some rocky candy and water, cook with mild fire for 3 hours. Take it one time per day. It can moisten the lung, eliminate sputum, and is suitable for lung cancer patients who suffer from continuous cough.

2.Almond paste with rocky candy: 15g sweet almond, 3g bitter almond, 50g rice, appropriate rocky candy. Soak the almonds to be soft, peel the skin of the almonds and mash them, add with rice, water and rocky candy, cook into paste. Take it one time per day. It can also moisten the lung and the intestine, eliminate sputum, stop cough and reduce asthma, etc.

3.Ginkgo and date paste: 25g ginkgo, 20 red dates, 50g sticky rice. Cook the ginkgo, red dates and sticky rice together into paste. Take it on an empty stomach in morning and evening. It can lessen the virulence of pathogens and reduce swelling.

5.Steamed duck with ginkgo: 200g ginkgo, a white duck. Remove the shell of the ginkgo, peel its skin and core after boiled, scald the ginkgo for a while, mess up with the duck meat whose bones have been removed, add with clear soup, steam out of water in the steamer for about two hours until the duck meat become well-done. It can be taken regularly to supplement deficiency, eliminate asthma, and is good for water-draining and swelling-dispersing. It is suitable for advanced lung cancer patients, who are weak and cough all the time with massive sputum.

7.Soup of wax gourd, preserved egg and soybean: 60g wax gourd skin, 60g wax gourd seeds, 60g broad bean. Put all these materials into the pot and add with three bowls of water, boil until only one bowl of water left, add with appropriate flavoring, then remove the dregs. It is good for dampness-draining, water-draining and swelling-dispersing, and suitable for lung cancer patients with hydrothorax.

Experts from Modern Cancer Hospital Guangzhou remind that although diet therapy is very popular, lung cancer patients should not completely rely on it, but should pay more attention to scientific treatment.