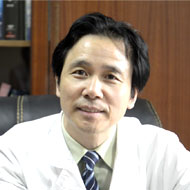 Nanoknife : Cutting-edge cancer treatment technology
Nanoknife is a brand new tumor ablation therapy, which has been approved by US FDA into clinical use and has passed EU CE accreditation. Ministry of Public Health of China approved the technology for cancer treatment in 2015, June. Nanoknife for pancreatic cancer, liver cancer, etc., were performed successfully in St. Stamford Modern Cancer Hospital Guangzhou and gained good therapeutic effect.

Pancreatic cancer, a cancer with high degree of malignancy, is a kind of malignant digestive tumor of difficulty diagnosis and treatment, which about 90% of them are originated from ductal adenocarcinoma. Moreover, accurate diagnosis is difficult and with a very high operative mortality and a low cure rate. It can achieve certain effects with physical ablation therapy while conventional chemotherapy and radiotherapy can just have a limited overall effect. Unfortunately, due to the characteristic of pancreas, using recent ablation therapy to deal with pancreatic cancers still has high complication rate and mortality.

Currently, the complication rate of radiofrequency ablation for the treatment of pancreatic cancers is about 28％-40％, and the mortality is 7.5%. Now, the three problems of pancreatic cancer physical ablation therapy are uncomprehensive ablation, blood vessel damaged and intestine wall and pancreatic duct injured, which can be greatly solved by nanoknife with the advantages of killing cancer cells by damage cancer cell construction by electrical current, without any injure on important organizations such as blood vessels, intestinal canal and nerve. Referring to the study from American Surgical Association, most of the pancreatic cancer patients can have double survival rate.[More]

Nanoknife for pancreatic cancer was performed successfully in St. Stamford Modern Cancer Hospital Guangzhou. Li Xingde (alias), from Indonesia, was diagnosed with pancreatic cancer stage 3, tumor size of 4.5 × 4cm. Due to rather special anatomical position of the pancreas, pancreatic surgery is of high risk and no radical resection. Moreover, chemotherapy and radiation has limited treatment effect on pancreatic cancer. In this case, advantages of Nanoknife perfectly make up the short boards of pancreatic cancer treatment. Nanoknife is to destroy cancer cell membrane structure by using of electric current, leading to cell death, without damaging surrounding tissues such as blood vessels, bowel, and nerves. After a joint consultation over his case, MDT of MCHG decides to adopt the most advanced Nanoknife for him.......[More]