Would her health ruin in my hand?*
<Previous Bowel cancer patients once again choose St.Stamford MCHG as cryotherapy*
Next> An Appreciation Letter from the Families of a Bangladesh Intestinal Cancer Patient*

It was a sunny day of Jun. 2011 but was a cloudy day for this 60-year-old Mrs. Wang. Her daughter was diagnosed large intestinal cancer with extensive metastases to abdominal cavity. This news was equal to thunderbolt to them. 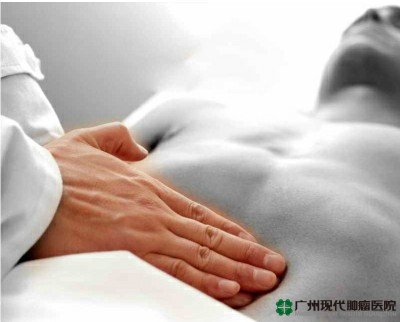 Self-blame from a mother

Ms. Fang is 31 years old and her father walked out of her early that she was brought up by mother, Mrs. Wang. Mrs. Wang was always strict to her daughter while Ms. Fang always took her mother’s advices. One year ago, Fang referred to her mother about abdominal distention after meals and wanted to have exams in hospital. However, Wang confidently said that it was normal gastrointestinal disease, it was impossible for Fang to develop severe diseases and asked Fang to leave it alone. Fang can also take some medicine if she cannot stand that anymore. Fang relaxed gradually with the mind that her mother maybe right. But after some days, Fang’s condition aggravated and bloody stool even occurred. Fang mentioned the condition to her mother, which frightened Wang that they went to local hospital for exams.

When doctor held the test report of Fang with tension on face, Wang nervously took the report, which indicated large intestinal cancer with extensive metastases to abdominal cavity. “What happened?” asked Wang with quaver on her lips. The doctor explained that it was large intestinal cancer, and had spread to other parts of body. Wang cried right away on hearing cancer and blamed herself for taking the daughter to hospital late and that may ruin the life of daughter.

Wang calmed down gradually with the placation from doctor and later tearfully complained the experience how her daughter developed the disease. Each word revealed her regret. Local doctor told Wang that Fang’s case was hard to treat because the metastases occurred, but the surgery without guarantee of cure effect could be performed as a treatment according to doctors. In that condition, Fang took the surgery to remove the tumor in inferior large intestine. And the postoperative condition just as doctor mentioned.

Fang’s condition did not improve even after such a high expenses. Fang did not blame her mother, but locked herself in the room to shed the tears silently without eating or drinking. Watching her dear losing weight day by day, Wang felt regret and guilty, and kept a mind that she delayed the time for her daughter to see the doctor. Wang started to inquire around for best treatments, after all, her daughter was only 31 years old and had just married without giving babies. If possible, Wang would exchange her life for daughter’s.

With the favor of good luck, in Vietnam, Wang contacted the specialist from Modern Cancer Hospital Guangzhou under the help of friends and relatives. She went to consult the specialist with all the medical reports and asked the specialist to help her daughter. After went through the case, the specialist told her that even the cancer has spread, it still can be treated by advanced technologies. Is that true? Wang asked hopefully.

On Feb. 14, 2012, Wang took her daughter Fang to Modern Cancer Hospital Guangzhou. A hard and semicircular mass in size around 15*10cm with rough edge was seen through examinations. After consultation from specialist team, Fang was diagnosed colon cancer with extensive metastases to abdominal cavity. A specific treatment plan was customized based on Fang’s condition by specialist team. Through one-month comprehensive treatments, the abdominal tumor became smaller and softer while tumor markers decreased sharply.

Because Fang’s condition was under controlled, Wang rent a house near Modern Cancer Hospital Guangzhou and even climbed mountains with her daughter in spare time, all those not only can adjust their mood as environment changed, but that is also convenient for Fang to have follow-up.

Wang took her daughter back to Modern Cancer Hospital Guangzhou for follow-up again on Apr. 26. Fang gained a weight of 2kg more than last admission when her spirit improved greatly. But Wang mentioned that her daughter’s appetite was not that good, some bloody fluid discharged from anus now and then. Doctor comforted her that was because of mild bone depression, as long as they persist in the treatments for increasing WBC and anti-anemia, the condition would improve. Later the patient can have interventional therapy after WBC increases to normal.

The WBC was found in normal range through exams on Apr. 29 that Fang can have interventional treatment. But Fang was fear of treatment after experiencing the resection operation which was a shadow covering her heart. Doctor comforted her that interventional therapy is not a surgery but a minimally invasive therapy, just try to relax. With the cooperation from patient, the therapy was well performed. The mother and patient were informed by doctor in clinical rounds after therapy that the cancer was further controlled, and Fang recovered so fast that she can discharge soon after other treatments for while. Wang shed tears again, the first time was for dear and worry, but this time it was for happy.

<Previous Bowel cancer patients once again choose St.Stamford MCHG as cryotherapy*
Next> An Appreciation Letter from the Families of a Bangladesh Intestinal Cancer Patient*